So Pieloch — who estimates his cars now exceed $100 million in value — will sell a colorful assortment of 13 pristine vehicles at the upcoming Barrett-Jackson auction in West Palm Beach.

The History Channel and FYI will broadcast the auction live, which is scheduled from April 7 to 9 at the South Florida Fairgrounds.

Pieloch’s showcase auction car: a 1968 Chevrolet Yenko Super Camaro — one of only 70 built that year. Powered by the original 427-cubic-inch, 450-horsepower engine, painted in Grotto Blue with a blue vinyl interior, the pony car has 49,108 miles.

Learn to use Florida Today e-edition: You can find it at floridatoday.com

How much is it worth? For comparison’s sake, a 1967 Chevrolet Yenko Super Camaro with the 427/450 combination sold for $632,500 during Barrett-Jackson’s auction in January in Scottsdale, Arizona.

“They have sort of a cult following. These cars are very desirable,” said Craig Jackson, chairman and CEO of Barrett-Jackson.

“What’s so significant about this is the high-horsepower motor. It still has every piece of paperwork. And still has the original components as it was built, back in the day,” Jackson said.

“They’re like finding a unicorn, finding one of these,” he said. 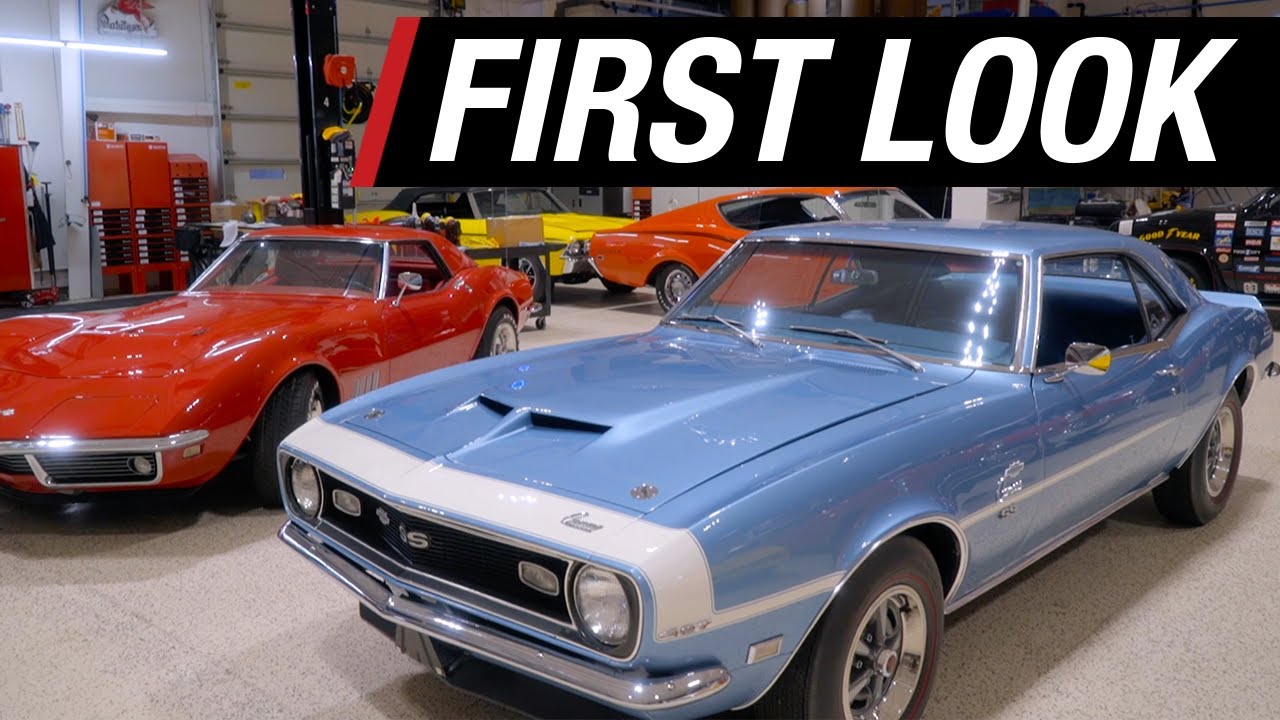 “I bought that car way back in 1993, when it only had a couple thousand miles on it. Today, it has 9,300 miles. I used to drive that as a Sunday car: take a ride in it, take the kid out for a ride, go have an ice cream, date-night car,” Pieloch said.

The Yenko Camaro and the other 11 cars will be sold Saturday, April 9. Many are duplicates in Pieloch’s comprehensive collection:

Pieloch said he decided to sell his 1986 Corvette Indianapolis 500 pace car after he bought a similar version that has only 116 miles on the odometer.

Pieloch is an animal pharmaceutical inventor and entrepreneur who is founder and president of PF LLC in Melbourne. He built the solar-powered American Muscle Car Museum on Sarno Road to house his muscle cars and performance vehicles.

“The collection is continuously growing. Way back in 2016, when we had the grand opening, we had just a little over 250 vehicles. Today, we have over 390 vehicles. So,  that being said, we’re running out of space,” Pieloch said.

The museum typically opens to the public only to host charitable events. Saturday, the facility hosted an Indialantic Rotary Club fundraiser that generated about $60,000 via sponsorships, live and silent auctions, and ticket sales.

In January, Barrett-Jackson hosted the highest-grossing auction in its 50-year history by netting more than $203 million in sales at Scottsdale.

“Everything is at record highs,” he said.

Jackson said a recent tour of Pieloch’s Melbourne museum and car collection inspired him to “step up my game,” in terms of documenting and photographing his personal vehicles.

“When you go down the list, it’s very diverse. And just the quality, I can’t convey. His memory and attention to detail is phenomenal. Being a car collector myself, I appreciate that,” Jackson said.

“(We had) the time to walk by every single car — and having his encyclopedic knowledge telling me why he bought the car, how many they made, how many miles are on it and what’s unique about it,” he said.

“He has a passion for this. I started collecting muscle cars in the ’80s myself, and I am super-impressed by what he’s put together. We take care of these cars for a certain part of our time. These cars will all outlive us.”

Rick Neale is the South Brevard Watchdog Reporter at FLORIDA TODAY (for more of his stories, click here.) Contact Neale at 321-242-3638 or [email protected]. Twitter: @RickNeale1

Mon Mar 28 , 2022
Stomp and go It really is significant to keep in mind that the CT5-V Blackwing is a sedan. A huge sedan. Due to the fact what it did at our test keep track of is not commonly in the wheelhouse of a big sedan. Hold in mind this was finished […]