This is typically the part of the story where I apologise for leaving it so long between my SH Garage updates, but the only problem is I didn’t have any intentions of writing this one for at least another few months. It took a single, random WhatsApp message to change that.

Following the last round of upgrades and changes in December, I was quite happy to continue driving Habu as it was. It turned well, it stopped well, and it accelerated particularly well, too.

A car for all occasions, my Golf R Variant has yet to feel out of place. It blends in amongst commuter traffic, has an impressive turn of pace on track, and even felt borderline respectable when arriving at a friend’s wedding. It’s engaging to drive, regardless of the weather, which is ideal considering I live on a rock in the Atlantic Ocean.

Everything was going great then, but the WhatsApp message that came through was about to change things again, and for the better. It simply read: ‘You’re getting map switching’.

The message came from long time friend and race engineer Joe Power, who happened to be looking for a guinea pig to try something out on. For the record, I’m always happy to be said test subject when I have wholehearted faith in those involved.

Joe along with Joe Fischetti, Brian Ledbetter and a small community of like-minded enthusiasts have been working on a few projects in order to advance the capabilities of the MQB/Simos18 platform vehicles.

To quickly catch you up, when I purchased the car in late 2020, it was running APR Stage 2 software which was optimised for 99RON fuel. Although 99RON isn’t available in Ireland (our choices at the pump are 95RON or diesel), the factory ECU was able to adapt for 95RON.

It wasn’t an ideal situation, which is why I was happy to run 034 Motorsport’s Stage 2 software when it was offered for the car late last year. This software was suited to US 91 octane which is comparable to our 95RON, and the car was more than happy on it.

Habu made 355hp and 370lb-ft (501Nm) with 034’s software installed. To be honest, I had no intentions of changing this as the car felt quick, the tune was safe with no timing pull, and it suited the nature of the car perfectly. It wasn’t a particularly aggressive tune, delivering power in an OEM+ manner. My experience with 034 Motorsport’s DSG software was similar – it felt like a natural part of the car.

In order to apply the software changes he wanted to test, Joe would need to replace both the engine and transmission software with his own custom tune packages.

Installed along with his own bespoke software changes is a new suite of tools which they have developed together. Once installed onto the car, these allow for high speed data-logging and rapid flashing of the vehicle’s ECU and TCU. If I’m totally honest, the exact specifics of how this all works are beyond my comprehension, but they’re also perhaps not something suitable for the public domain anyway.

The process was entirely uneventful, as these tuning sessions usually are. The car was run on the dyno, the recorded data was studied, tweaks were made, and the car was run again until Joe was happy with the information he was getting back.

Habu was making all the right noises, and the graphs were all tracking in the right direction. With his own tuning finalised, Joe then set about installing and fine tuning (other) Joe’s (Fischetti) map switching.

Map switching isn’t anything new, but typically requires an aftermarket ECU or separate hardware to change the engine mapping. What’s impressive about this setup is that it works on the factory ECU and doesn’t require any further hardware. A sequence of button presses on the MFSW allow you to quickly and easily change the map, even while the car is moving.

In literal seconds, the car can be instantly changed from a near stock setup to its own peak performance based on the installed ECU tune. There are multiple map options now available, ranging from 310hp to 377hp for 95RON, along with a separate setting for 99RON or octane booster. This high octane option should see the engine running close to 400hp.

That’s only fifth gear in the photography by the way, and ~500rpm short of the rev limiter. Not bad for a grocery getter.

The data recorded was studied for each map to verify everything, and everything was behaving as expected and comfortably within tolerances. It’s always been my opinion that chasing outright numbers is an almost guaranteed recipe for disaster. That extra 10hp you want could be the tipping point for reliability and component failure. Keep everything within the green and enjoy worry-free motoring.

A quick test drive showed that everything was working absolutely perfectly (impressive considering this was the first vehicle outside of the guys’ own stable to use the full map switching and high speed data logging setup).

Following the test drive, Joe made some small changes to the TCU software which he felt was a little bit too aggressive on shifts. The resulting changes have made an overwhelmingly positive change to the transmission. This is strange, because it didn’t feel lacking before. Now the shifts are so sharp and crisp that if you told me someone had fitted a different gearbox to the car, I would believe them. That’s the difference. It’s remarkable what can be achieved by changing 1s and 0s.

The map switching has added another layer of versatility to an already versatile car. Truth be told, I don’t need full boost when driving to the shops or commuting to a job. The more docile the car is in these situations the better. Stock map, dampers set to comfort and a good podcast playing over CarPlay is all that’s required.

However, I don’t want the car to always be docile, far from it. When the mood or road takes me, I want the car to be an absolute Antichrist. Without even slowing, I can press a few buttons in the car and it completely transforms. It’s akin to inputting a cheat code in a video game. Now, the most aggressive map delivers power relentlessly. As it’s still a stock turbo car, the throttle response is really good and any lag is absolutely negligible.

Joe is constantly trying to get me to buy a bigger turbo, but I really don’t think the car needs it. A big turbo might deliver power numbers that impress on social media, but as it is now, it’s more than powerful enough for the roads I like to drive on and its throttle response is a big part of that.

In slightly more aesthetic developments, I also got my RAYS Volk Racing ZE40s back from Flipsideauto, now painted in a fresh coat of bronze. They’ve been through a lot of colour changes over the years, but this has to be my favourite look for them.

Bronze is such a tricky colour to get right and often ends up looking orange or brown, but I really think young Philip has the process nailed for getting the correct Volk Racing shade.

Another (very) small upgrade which I forgot to mention previously is related to the taillights. For some reason, the Mk7 Golf R Variant didn’t get the fancy LED taillights like its hatchback brethren; instead it got the same taillights as every other Mk7 Golf estate. You can retrofit the slightly fancier LED taillights from the Mk7.5, but the cost is absurd. Instead, I’ve fitted the standard units with LED bulbs throughout. I feel that it gives them more definition, and the instant on/off is a bit more modern and cleaner.

Anyway, I don’t have to look at them very often and the cash saved will go towards a ‘Ring trip instead.

I feel like I say this every time, but I don’t feel like there’s much on the horizon for this car save for some maintenance. It has been tremendous during my ownership, and I genuinely love it more everyday. What’s maybe strange for me is that this is the first car I’ve owned that has stopped me thinking about the next one. I can’t even fathom what I could replace it with. There are very few alternatives that can deliver this level of performance at the same price point and with similar running costs.

While I did prefer my GTI from an aesthetic point of view, there’s a lot to be said for something which is so understated. Travelling (quickly) incognito is a vastly under appreciated quality in a car.

So, that’s pretty much it, and I expect it might be some time before I come back around to it again. Unless Joe sends me another WhatsApp message…

The SH Garage on Speedhunters 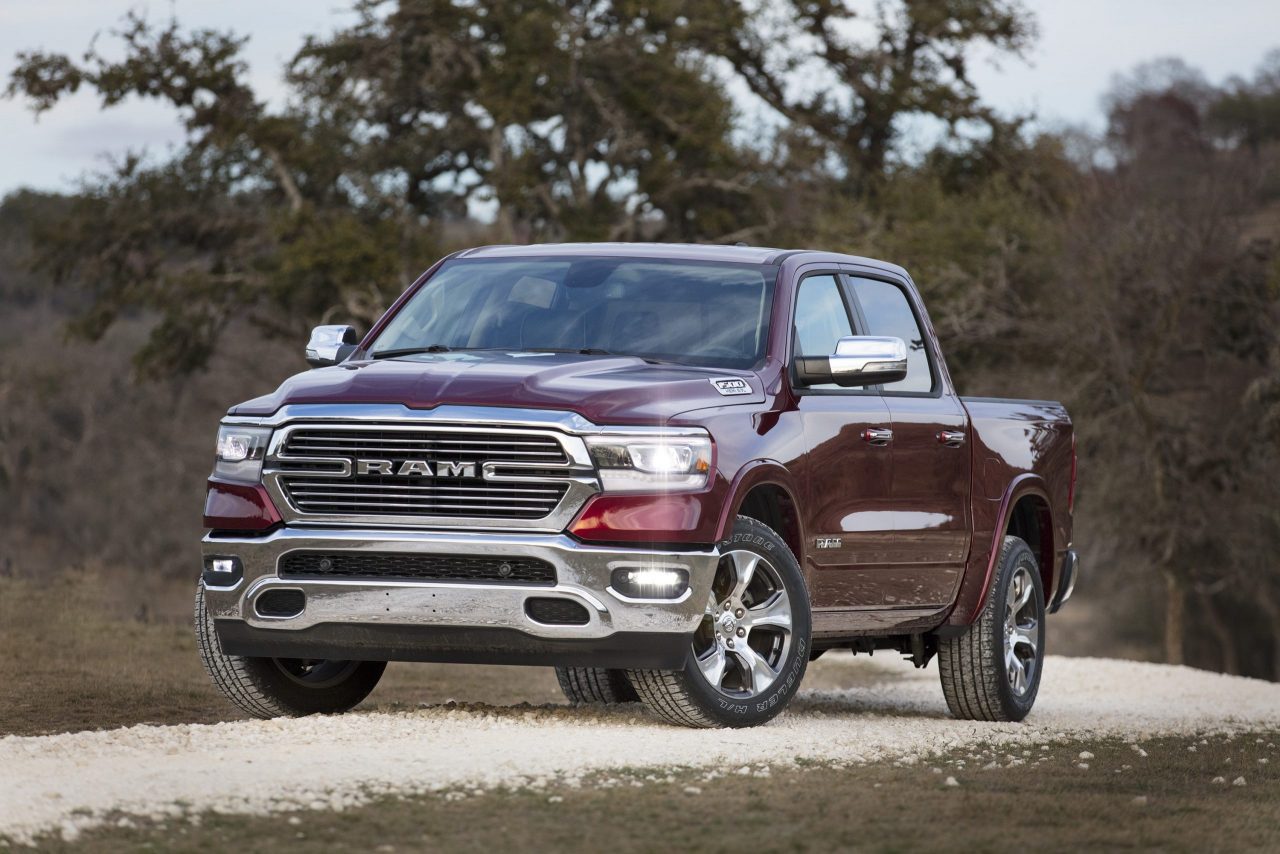