Somewhere, sitting among the 1,250 cars at the Louisville Metro Police Department’s impound lot, is a black 1988 Chevrolet Camaro. It’s been there since police towed it on March 27, 2004.

Many of us would consider it junk.

But most of all, it’s part of the problem that has led to the existence of hundreds of abandoned — sometimes wrecked, sometimes stripped — cars sitting on streets all over Louisville.

It’s just one of hundreds of vehicles taking up precious room in a lot where police hold cars left in their custody until their owners can get them out of hock or until they can be sold or until police the solve crimes that are somehow tied to the cars.

But not one of the cars has been in the lot on the western-most stub of Frankfort Avenue longer than Anthony Calhoun’s Camaro.

It arrived there at some point after police went to Calhoun’s house to investigate his shooting death.

Police believe Calhoun returned home in his car that day 18 years ago, parked in the driveway and was shot after he got out. Police say Calhoun made his way to his house where he fell, right outside the doorway, and died.

At least one car door was left open.

Police investigated the shooting and processed the car for fingerprints and found nothing. They’ve never arrested anyone in Calhoun’s death and his killer remains free.

His car remains sitting in the lot.

The existence of that 1988 Camaro isn’t the only problem at the lot — although it’s a big problem.

There are essentially three types of cars that are held at the lot: those held for evidence, those involved in accidents and waiting for insurance companies to claim them, and those towed because they’re parked illegally or abandoned.

About 500 of the 1,250 cars at the lot are there as evidence, according to Maj. Emily McKinley, who heads up LMPD’s administrative services and oversees the lot.

That’s down from about 700 a couple of months ago. She said the department is working with the Commonwealth’s Attorney’s Office to identify cars that are no longer needed.

It’s a little ridiculous that any cars associated with a crime are kept that long.

As one former police officer told me, if someone is killed in or near an apartment or a house, police don’t keep custody of the home until the crime is solved. They collect evidence, they take pictures and they release it.

It’s hard to imagine police will ever need that 1988 Camaro.

No matter if Calhoun’s murder is ever solved.

Most of the cars at the lot are there because they were in collisions or abandoned or parked illegally. About 700 cars fall into those categories.

McKinley said the city is doing better at informing insurance companies that cars they own and have been wrecked are in the impound lot. Unfortunately, it’s cheaper for the insurance companies to leave the cars in impound rather than pay to store them at a private lot.

And in January, the lot got rid of some 60 cars when it offered amnesty to anyone whose vehicle was there but didn’t want to pay towing and impound fees.

On Wednesday, the impound lot auctioned off about 70 vehicles — including two mopeds and a John Deere skid-loader.

There’s a good deal of money tied up in a tow. The towing fee is $123, plus a $14 administrative fee per day for the first 7 days, then $6 per day after that. (Plus, if any special equipment is needed, or if more than one truck is needed, there can be some additional fees.)

More than 120 people registered for the outside car auction and attended it in the pouring rain to bid on cars — most of which went for hundreds, rather than thousands, of dollars.

Some of them appeared to be well-loved, like a black Volkswagen Beetle, trimmed out in pink with things dangling from the rear-view mirror and a passenger seat covered with a picture of Marilyn Monroe.

Others looked like they had seen their better days, with pieces dented and broken and some with windows that had been rolled down for months, exposing the interior to all kinds of weather and who knows what critters may have nested inside.

It was the impound lot’s first in-person auction since before the pandemic. The department has signed a contract with an auctioneer to hold up to two car auctions a month to further reduce the number of cars there.

But those auctions will not even keep the impound lot’s head above water.

Cars come in faster than they leave

McKinley said police will haul about 30 cars each day and send 10 to 20 home with their owners — meaning that within a week, the lot will have as many cars as it had before the auction.

What’s worse is McKinley estimates that there are a couple of hundred abandoned vehicles parked on the sides of roads now. So as soon as one car is moved from the crowded lot, there are more cars still waiting.

Under law, the new cars arriving at the lot will have to stay there for at least 45 days, giving owners time to claim them, before the department can get rid of them.

Oftentimes, the owners have left the cars because they don’t want them any longer — and it’s less hassle to abandon them than to get rid of them by selling or scrapping them.

This seems to be an issue every few years. I first learned about Anthony Calhoun’s 1988 Camaro in 2018 when the impound lot was in crisis mode. It was the longest-held car then, just as it is now.

It seems the space crunch is more critical this time than in the past, perhaps because of the sheer number of abandoned cars parked on the streets ranging from Portland and the West End, to Old Louisville to the Highlands.

It got so severe a few weeks ago that in February, a local businessman hauled wrecked cars left near his business to Metro Hall to protest the city’s inaction.

Since then, it seems the city may be doing better in its dealing with the problem of junked cars on the street. But it took us getting to a crisis for the city to take the problem seriously.

And as long as one 1988 Chevy Camaro can’t be removed from the lot, it looks like we’re in this for the long haul.

Tue Apr 12 , 2022
Professional race car driver and The Grand Tour’s in-house hot-lapper, Abbie Eaton, has finally gotten back behind the wheel of a race car after breaking her back at the Circuit of the Americas in a W Series race in October 2021.Related Posts:Abandoned cars in Louisville: Report through Metro 311 After […] 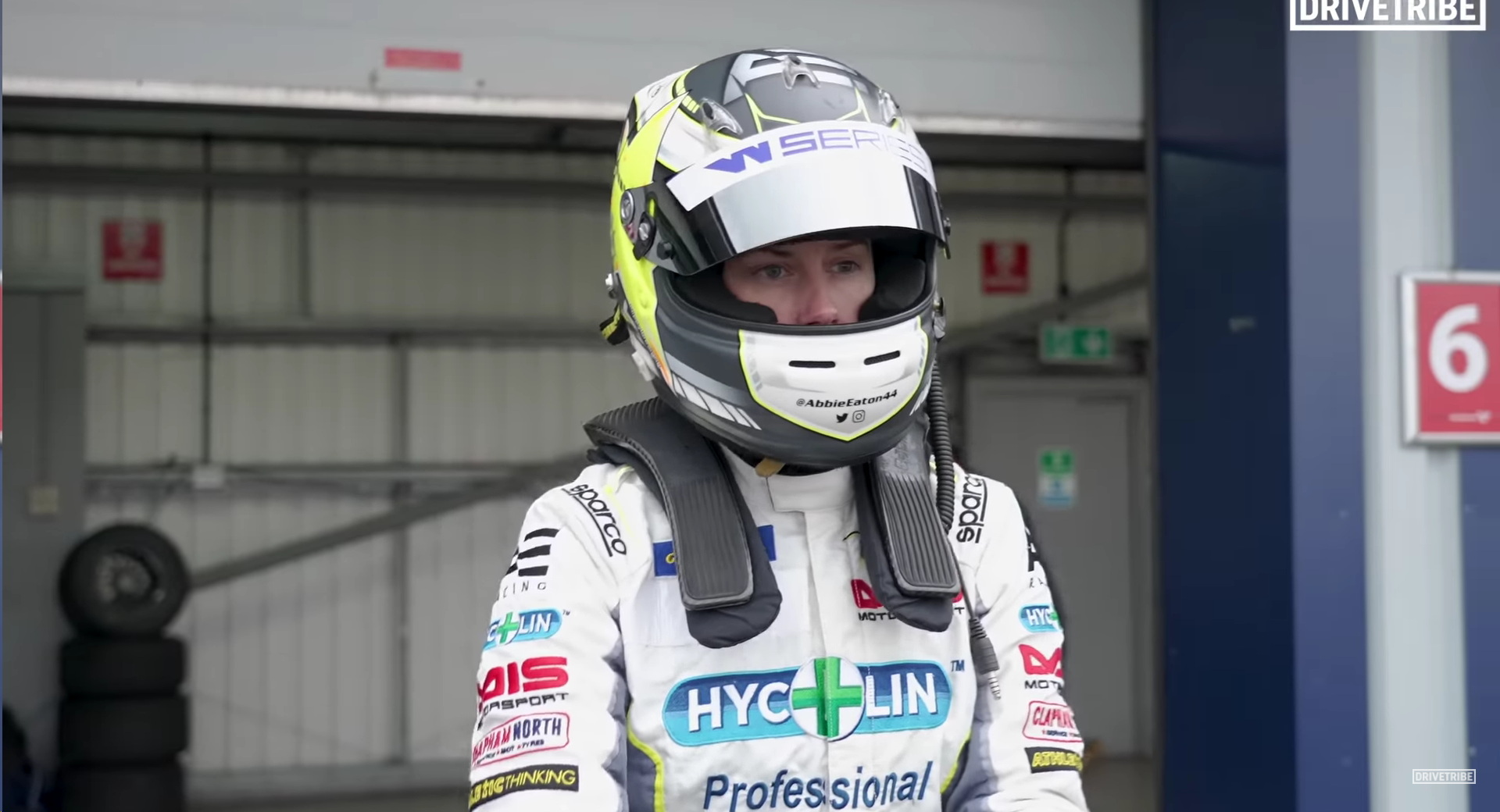