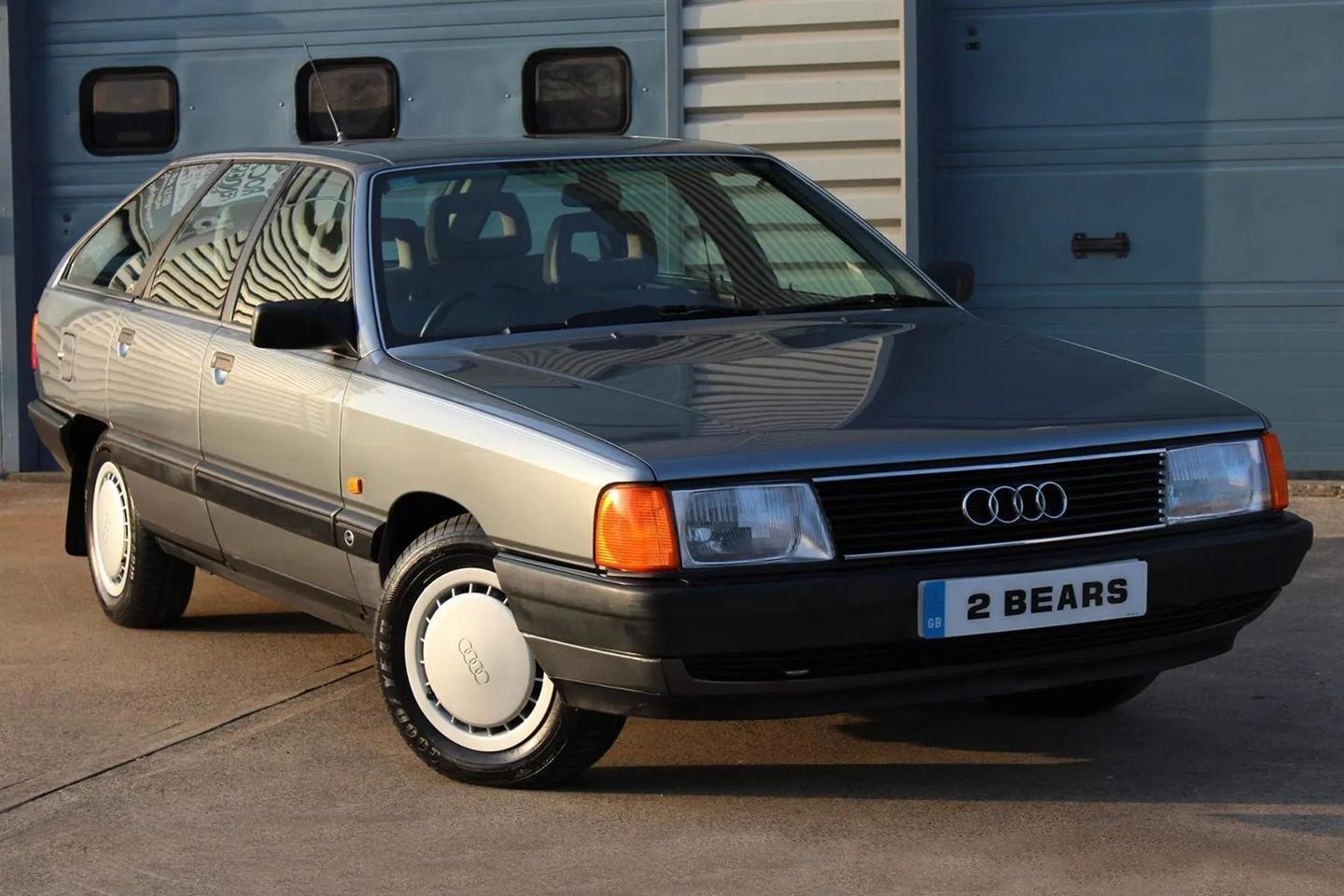 Audi occasionally gets a bad rap when it comes to handling, but the truth is a lot of the modern ones handle very ably: with a nice neutral balance and a good EPAS steering tune that plugs you into all four contact patches rather well. I find it’s a setup that allows me to jump in and drive the wheels off them with that satisfying sixth sense that lets you know what grip is available before a corner, rather than after it, when you’re parked, unintentionally, in a field. This wasn’t always the case, though.

Back in the day, Audis rarely appealed over a Mercedes or BMW. I never like their fundaments: an engine poking out the front grille just seemed so wrong, and making matters worse, it would be driving the front wheels or all four. This, to my mind, made them boring – even the fabled Audi Quattro. However, I’ve always been partial to an Audi 100 Avant.

You see, limit handling doesn’t really matter to me when the car’s a big wagon. And back in the 80s this big wagon looked so, so futuristic that I would always stare longingly whenever I saw one flash by in the flesh. Or on the silver screen. Everyone remembers the 1961 Ferrari 250 GT California Spyder in Ferris Bueller’s Day Off, but when I think of that great film, I also think of the red Audi 100 saloon driven by Mr. Bueller Snr. Albeit it, it was called an Audi 5000 in the States – but it was just as smooth. 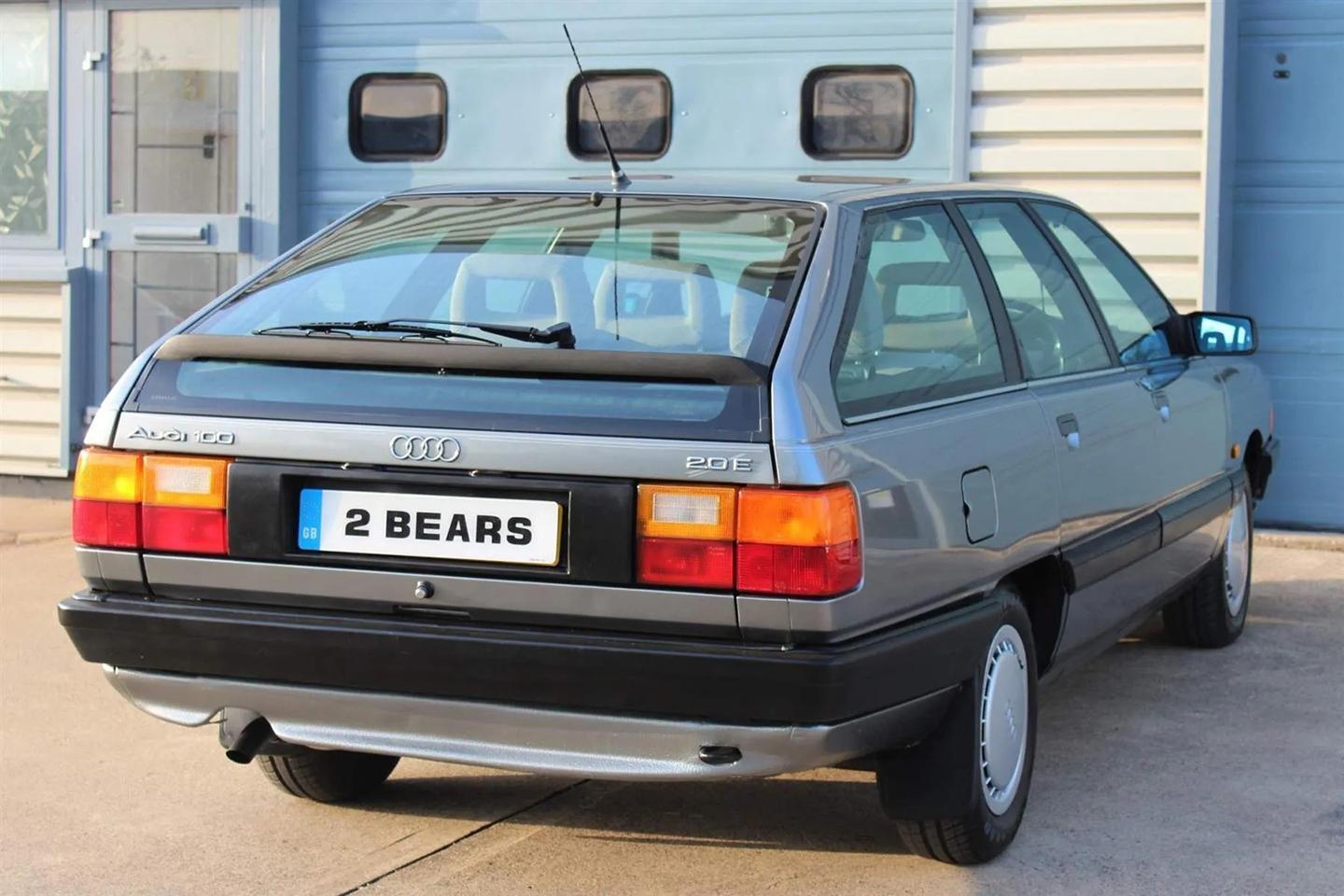 There wasn’t anything else like the 100. It looked so space age, with its aerospace flush-fitting glass and, in Avant form, a fastback rear end with an angled rear screen split by a spoiler. When you look at it now, with those aircraft-carrier overhangs front and rear, you could argue they’re a styling no-no. But no, no, not to me. I still think it looks just as smart as it always did. I want to own one, even though I know it would drive like a big bread and butter pudding.

And who remembers the procon-ten safety advert? The one where the man with a handful of books and funny hair crashes into a woman with big hair and even bigger shoulder pads while walking down the street, because some accidents “are simply unavoidable.” And then they decide to have the same crash while sitting in two Audis and, because of the procon-ten safety system fitted to each – with its interconnecting cables that you see in slow motion pulling the steering wheel away from the occupants – they both get out alive.

Not only were they alive but their hair was too, and the man still has all his books. It was a miracle. They just smirked at each other and walked away like it’s nothing. Which it wasn’t, because afterwards the cars magically unfolded back to their un-crashed state. This made even the adverts during episodes of Knight Rider or The A-Team exciting. And it didn’t matter that the steering wheel was only being pulled out of harm’s way by the rearward movement of the engine and transmission, which was torpedoing into the footwell and your fleshy and breakable legs. This was the 1980s. Health and safety hadn’t been invented yet. Instead we had something much better: Vorsprung durch Technik ­- or as my friend used to call it, ‘Four sprung duck technique.’ I loved Ian. 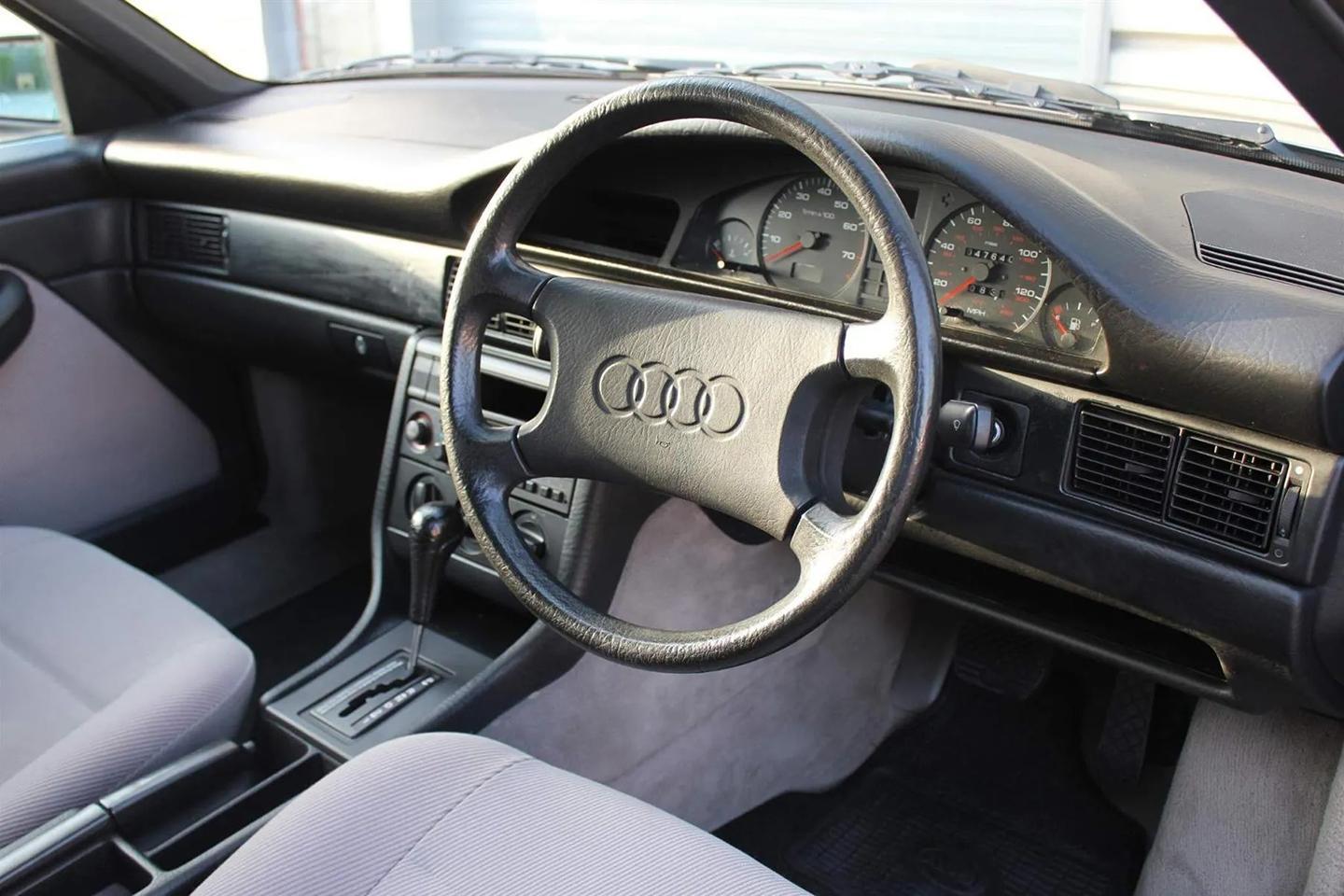 I could go on, of course, so I will. The interior was just as ultra-modern and minimalist as the exterior, with clean lines and classy back-lit dials that appealed to smart, professional people like architects. Also, because the engine was so ridiculously far forward that they didn’t have room for the radiator to sit in front of it, the Audi 100 had more interior space than Battersea Power Station.

And speaking of power stations, this one has a five-pot motor, which has warbled away for just 47,000 miles. As you’d expect, then, it’s immaculate, and looks as good as it can in elegant Quartz Grey metallic. Indeed, if the advert is to be believed, it’s come from Audi’s heritage fleet (come to think of it, I have a feeling I’ve seen one like it knocking around), it even has a great provenance that explains its condition. Come on – it’s a cracker, right?

Thu Apr 21 , 2022
1 of the weirdest experiences you can ever have is conducting an true conversation with a character from a video clip game. That is—far more or significantly less—the offer when you’re chatting with Shawn “Solo” Fonteno, aka Franklin from Grand Theft Car V. To coincide with the launch of the […]