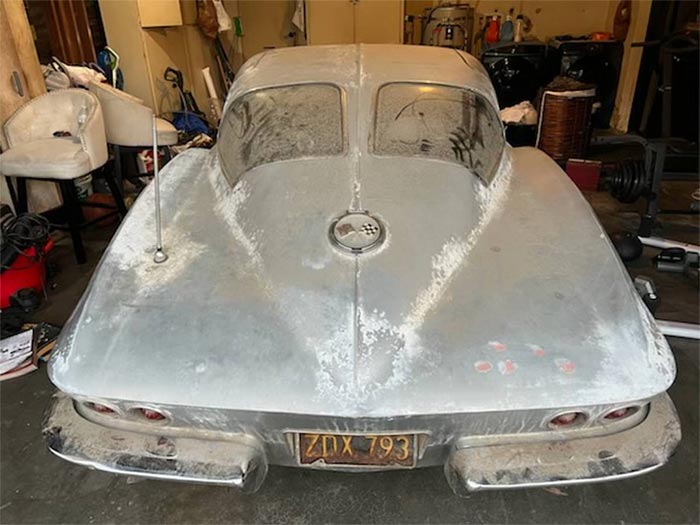 This one-owner 1963 Corvette Split Window Coupe might best be viewed as a long-term investment, considering the rather steep asking price of $75,000.

Despite being in the same family since new and living its entire life in California, this Sting Ray – after taking one look at the photos accompanying the listing on Craigslist – will definitely require a lot of work to get it looking like the day it left the St. Louis factory about 60 years ago. 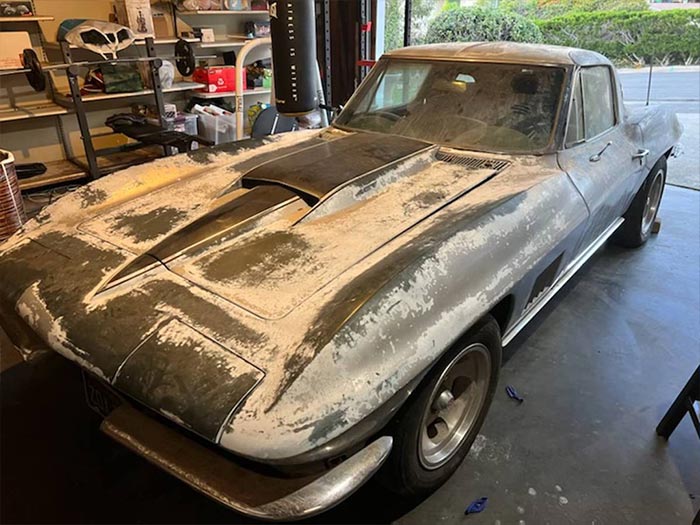 Obviously, the front clip isn’t the original, and indeed the owner says it came from a 1967 Corvette with a big block hood. Getting that back to original would be one major task, as would getting the entire body ready for a new coat of paint, perhaps best returning to the original Sebring Silver.

Under that misleading big block hood is actually a small block 327 engine, hooked to a four-speed manual transmission, though we’re not told the originality of that powerplant, nor which one of three versions it might be (with horsepower figures ranging from 250 to 300 to 340). 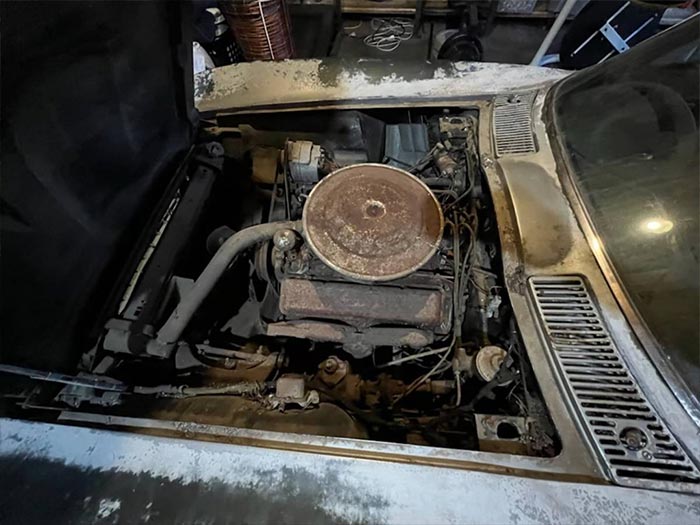 The undercarriage, meanwhile, is described as “super solid,” and the interior might not necessarily be a money pit since it appears to be in pretty good shape overall, though the driver’s seat does have major tears.

We spotted this car on BarnFinds.com, where they reported the asking price was $80,000. We did a quick check earlier today and discovered an apparent price reduction of $5,000. We’re still not sure we’d want to pay that much for a car that needs so much work, but with prices for nice ‘63s going well into six digits, there is still room for a new owner to keep his head above water. Perhaps the best strategy would be to look at the restoration as a long-term investment; after all, only 10,594 coupes were built in 1963 and they’re definitely not building any more original split window coupes, are they? 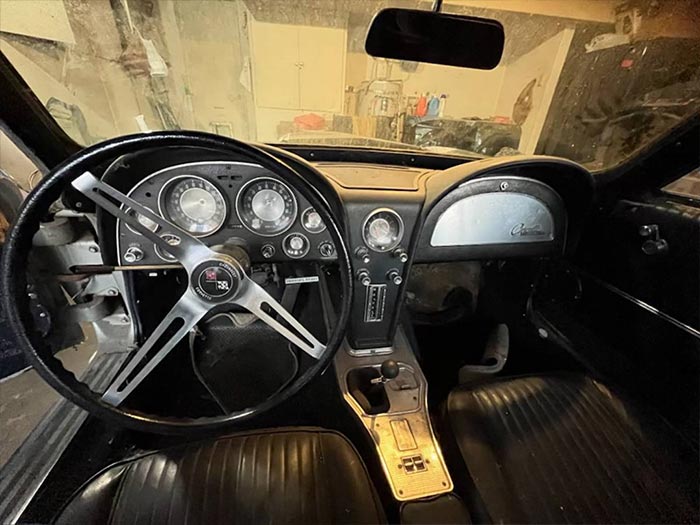 Corvettes for Sale: 1965 Convertible Roller Offered without Engine or Transmission

Sat Oct 1 , 2022
Kern County Showdown 2022 was held in Bakersfield, California on February 4th-6th, 2022.  This show was started to cater the customer community that is surround the Central Valley Area. The show started Friday with vehicles being able to park indoors starting at 12 pm.  Each vehicle lined up beautiful with […]