Junior crossover is smarter, safer and better equipped than its predecessor – we’ve driven it in Europe ahead of its launch here later this year.

Asked to nominate a British carmaker and you’re more likely to think of Land Rover, Jaguar or one of Blighty’s posher luxury players. But Nissan has long been one of the UK’s biggest carmakers in terms of volumes. With the British-built third-generation Nissan Qashqai set to reach Australia later this year, we’ve had a turn in one in its homeland to see if it’s worth getting excited about another entry into the hard-fought baby SUV segment.

Let me start by saying this wasn’t a comparable Australian-spec car. UK market Qashqais come with a mild hybrid version of Nissan’s 1.3-litre turbocharged four-cylinder petrol engine, this making peaks of 116kW and 260Nm. Australia will get a non-hybrid version claimed to be good for 110kW and 250Nm. Brits are also still able to order manual Qashqais, a CVT auto will be standard for us. Our test car came with the oddball combination of the six-speed stick shift plus fully loaded Tekna+ trim, with this being pretty much equivalent to what the Qashqai Ti will offer over here.

Actually, not quite. While Nissan has confirmed that plusher Australian-bound Qashqais will get the company’s sleek new 12.3-inch infotainment touchscreen, our test car made do with the 9.0-inch launch-spec version. Don’t worry, you can see the bigger display in the images from our story on the new system last month.

Few buyers will be coming to this part of the market in search of a scintillating steer, but even factoring in the differences between UK and Australian spec, the new Qashqai’s driving experience doesn’t feel very special. We should certainly be glad that the manual gearbox isn’t coming here, as this has a notchy and slightly loose-feeling shift action, with an abrupt clutch making it difficult to move off seamlessly. And although the turbo engine pulls hard once boosting, it has a boost-free hinterland at the bottom of its rev range which similarly hinders smooth low-speed progress. Another issue our standard-fit CVT should cure.

While the European mild hybrid engine is very slightly more powerful performance should be near identical. With the manual gearbox the Euro-Qashqai is reckoned to be able to dispatch 0-100km/h in 9.5-secs; hardly scintillating by modern standards, but it actually felt respectably brisk on road, with enough urge to get the driven front wheels scrambling for traction when launched keenly.

My test car also sat on huge 20-inch alloys, an inch bigger than the largest option in Australia. These certainly looked good, but were probably largely responsible for a clumpy ride when asked to deal with Britain’s low-grade Tarmac. The base suspension is clearly fairly soft, resulting in substantial vertical movement over bumps, but making the Qashqai feel plush on smoother surfaces. Steering is direct and delivers respectably crisp front end responses, although with little discernible feedback. It’s definitely a car that feels happiest when making gentle progress, but that’s hardly surprising, is it?

Beyond its lukewarm dynamics, the rest of the Qashqai is actually pretty good. It certainly isn’t lacking visual impact thanks to a strong front-end graphic with triangular grille and narrow headlights. Bodywork uses Nissan’s origami-inspired design language with crisp contours and a glasshouse that narrows towards the rear of the car, and it is well proportioned considering its dinky 4425mm overall length. The tailgate has a coupe-like profile, but visibility through the narrow rear screen is decent from inside the cabin. As in Australia, the range-topper also comes with power operation for the boot.

It impresses inside, too. Nissan seems to have passed beyond its era of scratchy, low-rent cabin trim, with the Qashqai getting a well-designed and well-finished cabin. Dashboard and door trims get a leather-effect finish which looks and feels upmarket by segment standards, and the decision to keep conventional HVAC controls instead of a screen interface makes for simple, intuitive navigation. The digital instrument pack is nicely designed, but the display screen is lower resolution than it would be in a posher rival, and although my test car’s 9-inch touchscreen was a generation behind the one we’ll get it worked cleanly and was easy to navigate, including wireless Apple CarPlay integration. Both front and rear seat occupants get both USB-A and USB-C connectors for charging.

Space is impressive for this part of the market, with a huge range of driving position adjustment; I’m 180cm tall and with the seat motored to its rearmost position I could barely touch the pedals. And despite having the full-length panoramic glass roof which will come with the Ti trim there was still plenty of headroom. Using all of the room up front will have an obvious effect on the space that’s left for rear seat passengers, but I could sit comfortably behind myself although the rear door aperture is a bit small for adults. Although there are three seatbelts at the back the Qashqai is definitely best thought of as a four-seater; the centre rear is narrow and tight with a fold-down armrest behind it. The boot is smaller than that of many rivals, with just 436 litres of volume with the rear seats in place, and with an underfloor tray for valuables.

All Qashqais come with an impressive suite of active safety tech, including AEB, lane-keep, blind spot monitoring, cross-traffic alert, traffic sign recognition and auto main-beam lights. It has already earned a five-star EuroNCAP rating including scores of 91 percent for both adult and child occupant performance, and 95 percent for active safety features.

More expensive versions include a 360-degree camera system for low speed manoeuvring, auto parking and Nissan’s ProPilot cruise control with lane keep. This struggled with lane markings on narrower roads, but handled higher-speed highways well. Offering ProPilot in the European Qashqai fitted with a manual gearbox created an odd sensation, the system demanding I retake control whenever speed got too low for whichever gear the car was in. It should play much nicer with an auto gearbox where it will feature a three second stop-and-go function for crawling traffic.

The new Qashqai isn’t an exceptional car, or an adrenaline-spiking rocketship. But it is a decent all-rounder, and it’s not hard to see its combination of equipment, quality and comfort appealing in the sensible part of the market it’s aimed at. Presuming Nissan prices it competitively when it reaches Australia in the second half of the year, the company may end up with a modest hit on its hands.

EDITOR’S NOTE
Since Mike drove the Qashqai in the UK, Australian pricing has been announced, with a range that starts from $33,890 for the ST and climbs to $47,390 (plus on road costs) for the Ti. This puts the new Qashqai in line with pricing for the new Honda HR-V and cars like the Peugeot 2008, Mazda CX-30 and Mini Countryman.

Our bloke in the UK has been writing about cars since the late ’nineties, and served time on the staff of CAR, Autocar and evo magazines. These days he combines his duties for Drive with being European Editor for Car and Driver in the ’States. He loves automotive adventures and old Mercs, sometimes experienced together.

These are the safest new cars of the year

Wed Jul 13 , 2022
[ad_1] Why publish a list of our picks for the best new cars that are the safest? Aren’t all cars safe in 2022? Don’t confuse “safe” with “safer.” Manufacturers make vehicles that are safer than those from 10 years ago, for sure. However, some are safer than others. At least that’s the […] 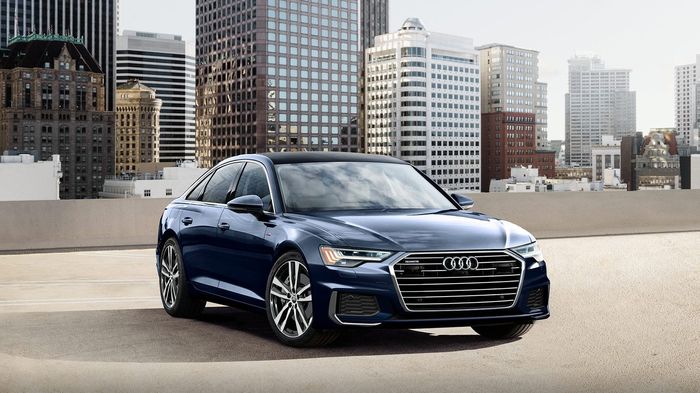